What are red tides?

Red tides and toxic algae are not the same

Red tides are stains of sea water produced by high concentrations (several million cells per liter) of microalgae. The coloration is varied and depending on the pigments of the microalgae and they can have different shades – orange, reddish, brownish, greenish…

In Galicia, most of the red tides are made up of innocuous microalgae.

Therefore, the coloring of the water is not indicative of danger for human consumption. The confusion arises from the idea that all red tides are produced by toxic algae, which is false. Toxic algae do not always produce color water during their proliferations. The observation of a red tide can provoke social alarm and if it is recurrent even economic losses in tourist areas.

Toxic microalgae are a minority among the diversity of phytoplankton species. They do not need to reach densities that color the sea in order for their proliferations to produce toxicity. In Galicia, these microalgae rarely produce a coloration which is appreciable with the naked eye. In contrast, bivalve mollusks can filter and accumulate toxins that are transmitted to the food web: pelagic planktivorous fish – such as sardines – birds, marine mammals and, of course, humans. Proliferations of this type of microalgae are called harmful algal blooms or toxic episodes.

Finally, is important to point out that some species of microalgae are ichthyotoxic and have come to cause large mortalities in fish, both wild and cultivated. Galicia is not a particularly threatened region, although Heterosigma akashiwo affected seabass cultures in 1987 and Dictyocha speculum caused thousands of salmon deaths in 1996. 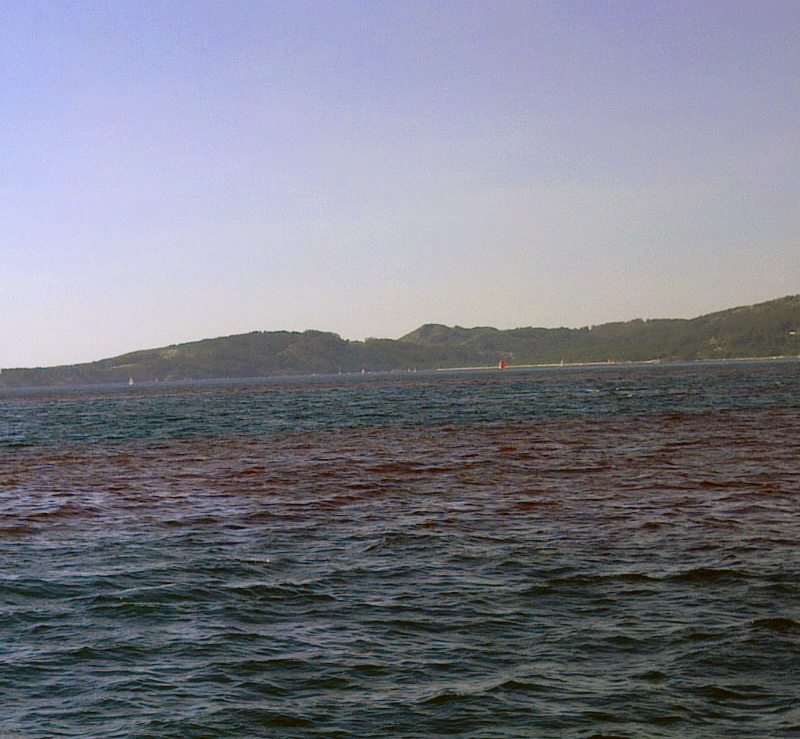